Since 1676, Neviges, Germany, has been a well-known pilgrimage destination. The scenic area housed a Franciscan monastery from 1675, which operated the pilgrimage until the end of 2019. In the meantime, a small new parish church was dedicated to the Immaculate Conception in 1728, but it grew too small for the growing numbers, and after World War I several plans for a new church were drawn up but never implemented. After World War II, 300,000 pilgrims a year began to arrive, sometimes 10,000 on a single Sunday. It was obvious that a larger church was needed.

In 1963, the German architect Gottfried Böhm designed a church for the Neviges site and took part in the international competition among 17 other architects, but lost in the preliminary rounds. Due to the disappointing quality of the other competition entries, Böhm was able to present a revised model to Cardinal Frings, who was then nearly blind but could experience the model by touch and ultimately preferred it. Böhm won the order in June 1964 and construction began in 1966.

More than 50 years later, the photographer David Altrath captures the brutalist known as Mariendom and is considered one of the most important space creations of the 20th century. For his latest series, Altrath documents the structure emerging as a concrete mountain in the middle of the picturesque surroundings of the city, emphasizing its irregular character roof and forum-like interior.

all images by David Altrath

a distinctive sculptural roof with many nicknames

In David Altrath’s series, Mariendom appears as a Brutalist-style concrete structure with a solid roofscape rising above nearby pitched-roofed houses. The building has the appearance of several tents pressed together with their tops raised to create peaks. The roof features a unique collapsible shape which over time has earned it various nicknames and connections, including “the rock of God”, the “rose of the Virgin Mary”. Many say it also looks like an iceberg or a crystal. German architect and Pritzker Prize winner Gottfried Böhm never explained why he chose this particular sculptural form.

The Hamburg-based photographer captures the sculptural monumental character of Mariendom and its abstract cubist forms, exemplifying Böhm’s conception of architecture, which fuses artistic form and memorable imagery. The unique concrete structure on a free polygonal ground plan extends over a floor area of ​​approximately 2,800 m². The interior is intended to resemble a market and is illuminated by large stained glass windows. Several intimate rooms are available for private devotion: the Gnadenkapelle (Chapel of Grace) with the image of Mary, the Sakramentskapelle (Chapel of the Sacraments) and the Unterkirche (Lower Church) below the main hall. 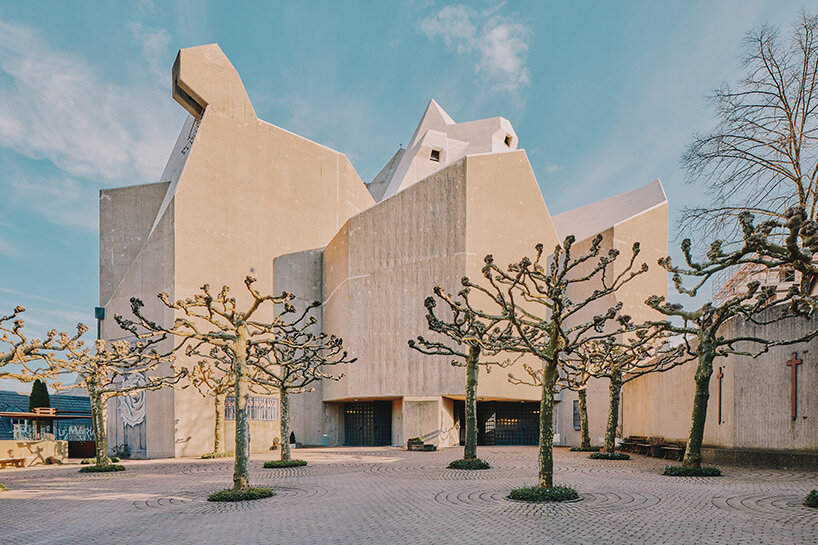 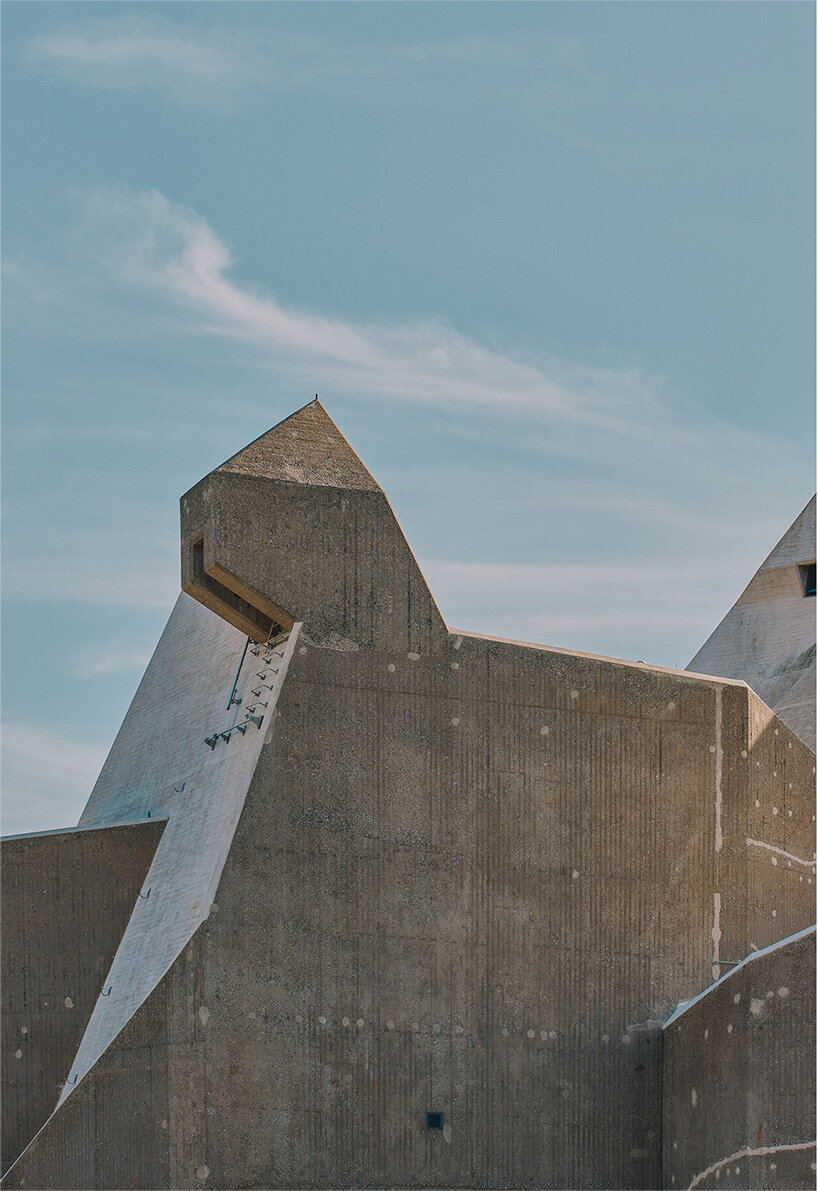 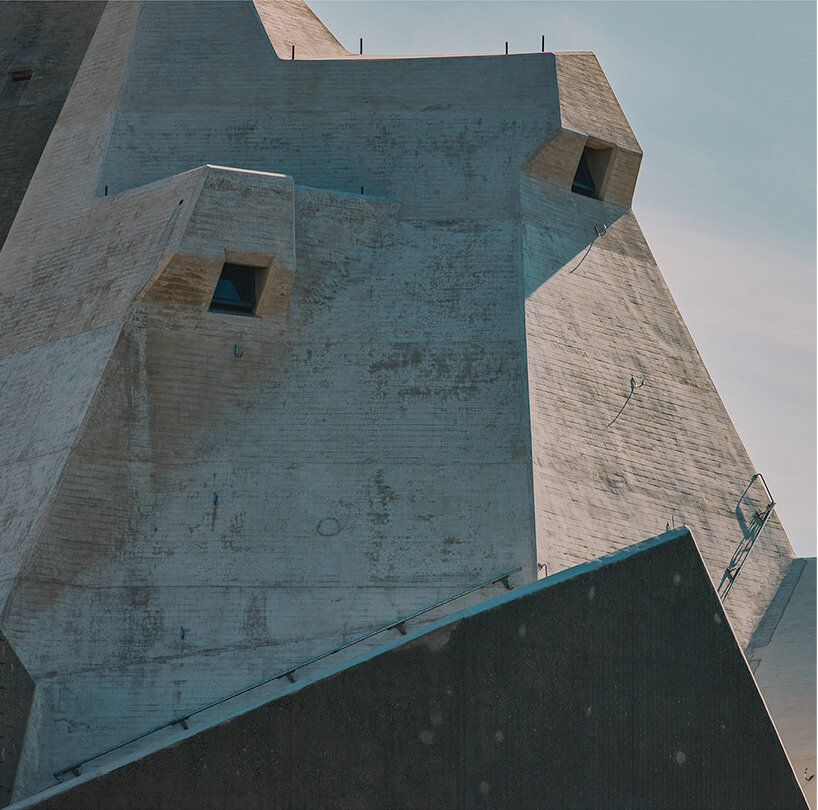 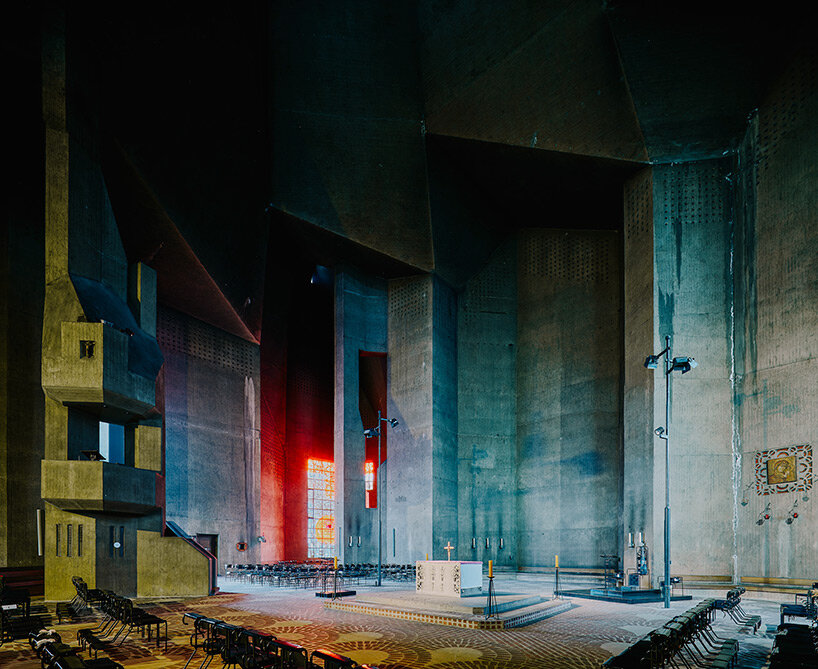