Keland House is one of Wright’s greatest Usonian designs

Over its 70-year history, the Keland House, also known as the Boyd Home, designed by Frank Lloyd Wright belonged to one family. Designed in 1954 in Mount Pleasant, Wisconsinthe house is currently offered for sale.

The rare property is described as one of Wright’s greatest Usonian designs, a term coined by the American architect to define his architectural vision for the United States.

Occupying nearly 5,000 square feet (463 m²), the U-shaped building lodge unfolds around an interior atrium that lets its lush surroundings spill out into the interior. The structure features six bedrooms and six and a half bathrooms, implemented with unique design features that stand out in Wright’s designs. These include a pitched copper roof, skylights, wide openings, built-in furniture and wooden cladding that gives off a delicate yet warm and welcoming atmosphere.

Rare Wright property hits the market for the first time

This is the first time the Keland House has changed hands since its completion nearly seven decades ago. Perched on a ravine bluff that overlooks the Root River, Colonial Park, and Racine CC, the rare property is designed in Wright’s signature Usonian style, evident in both the interior and exterior features. The house is spread over several wings and houses an interior atrium that floods the interior with daylight and touches of greenery. The brick-clad exterior, in combination with the copper roof, anticipates the of architect famous designs.

Thanks to its location and layout, the house immerses itself in its lush surroundings and makes the most of the views. The dramatic great hall cantilevered over the ravine, emphasizing the continuity between inside and outside. The dining room flows gently into the living room, while the guest bedroom takes shape on the second floor of the main wing, adjacent to a living room with a balcony that overlooks the great room and the ravine below. 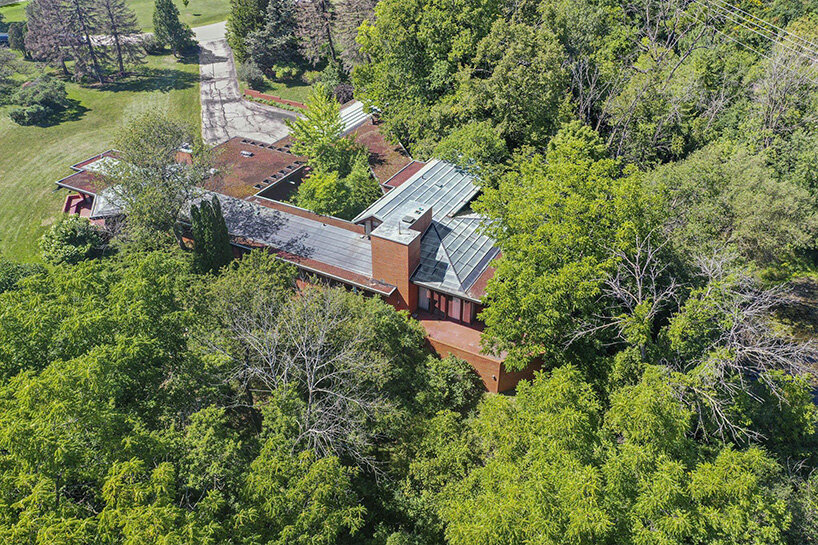 The house was designed for Herbert Fisk Johnson’s daughter, Karen, and her first husband, Willard Keland. After their divorce, the property passed to Karen Johnson and then to her great-granddaughter, Karen Johnson Boyd, who lived there until the end of her life in 2016. Today the house is up for sale for $725,000. Although the structure has been well maintained over the years, several restorations are needed, including parts of the roof. 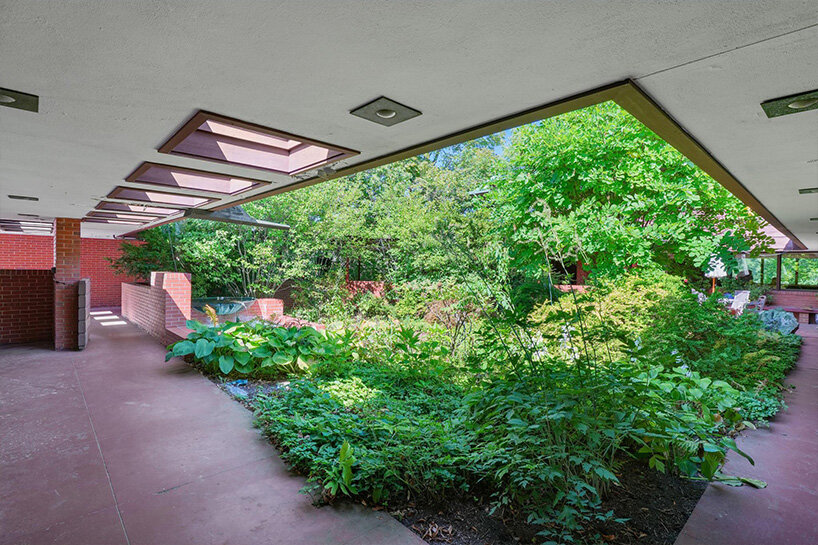 an interior atrium that brings touches of nature