Prime Minister of the Republic of Moldova HE Natalia Gavrilita. Photo: Salim Matramkot / The Peninsula

Welcoming Qatar’s progress in various sectors made in recent years, the Prime Minister of the Republic of Moldova, HE Natalia Gavrilita, said that there is great potential for the diversification of bilateral trade between Qatar and her country.

“There is also a lot of potential in terms of attracting Qatari investment to the Republic of Moldova and attracting tourists from Qatar,” she said in an exclusive interview with The peninsula during his visit to Qatar yesterday.

Prime Minister Gavrilita said that agriculture and food are good areas of cooperation between Moldova and Qatar in addition to tourism, pharmaceuticals, IT, business process operations, etc.

Speaking on her meeting with HE the Prime Minister and Minister of Interior, HE Natalia Gavrilita said: “Indeed, I was grateful for the invitation of Prime Minister HE Sheikh Khalid bin Khalifa bin Abdulaziz Al Thani to to visit Qatar as part of the 25th anniversary. of our bilateral relations which we celebrate on June 13 (today). I received a very warm welcome here.

“I am very impressed with the progress Qatar has made in recent years, generally in economic terms, and also in terms of ensuring the country’s food security, especially in this difficult time, by organizing the logistics in such an impressive way “.

Prime Minister Gavrilita added: “We discussed ways in which Moldova and Qatar can cooperate more closely. We have had bilateral relations for 25 years; there is a lot of potential in diversifying our trade, also in terms of attracting Qatari investment to the Republic of Moldova and attracting tourists from Qatar.

Asked about bilateral pacts, she said the two countries have developed a bilateral framework and continue to improve it by signing a number of agreements over the years.

“Today we signed two more agreements; one relates to visa facilitation and the other to cooperation in the field of agriculture. We are also looking forward to ensuring that the number of ratified agreements will come into force and there are a number of agreements including one on double taxation which is being negotiated… so we will certainly move forward on the agenda of the improvement of our framework agreements to facilitate the development and improvement of our bilateral relations.

During the session, the two sides discussed the relations between the two countries and ways to develop and strengthen them in various fields, including economic, agricultural and food security, in addition to discussing the latest regional and international situations. of mutual interest.

Talking about the bilateral trade level in the interview, the Prime Minister of Moldova said that there is room for improvement as the current trade value stands at around $1.5 million.

She added that livestock feed from Moldova to Qatar is an important trade item, but some of these operations have been halted due to logistical complications; first due to the COVID-19 pandemic and more recently due to the war in Ukraine.

“We have to keep working. That’s why there are meetings between the Qatar Chamber and our Ministry of Commerce, our investment agency. We will continue to work to improve our trade relations,” she stressed.

“Very soon, we will come up with a new tax policy aimed at providing even better incentives for businessmen and investors. In terms of purchasing in Qatar, we are interested in diversifying our energy resources…we are interested in Improving and increasing our renewable energy We faced a crisis in October in terms of gas supply… we are now looking to increase reserves and create long-term alternatives.

Yesterday, the Prime Minister of the Republic of Moldova, Natalia Gavrilita, invited Qatari businessmen to invest in her country during her meeting with the Speaker of the House of Qatar, Sheikh Khalifa bin Jassim bin Mohammed Al Thani.

During the meeting, they discussed bilateral relations in the trade and economic spheres and ways to strengthen them. They also reviewed the investment climate, available opportunities and the role of the private sector in building strong business relations between the two sides.

During the meeting with the Speaker of the Qatar Chamber, Prime Minister Gavrilita praised the strong relations between Qatar and Moldova, noting that she looks forward to strengthening these relations, especially in the areas of trade and development. ‘investment. She explained that her country was happy to attract Qatari investors.

Meanwhile, she praised Qatar’s preparations to host the 2022 FIFA World Cup saying, “I congratulated the Prime Minister on the progress Qatar has made in the preparations for the World Cup. It is quite an achievement that the World Cup is hosted in a Gulf country, especially in this time when, after COVID-19, the whole world will be looking forward to a mega sporting event.

She added that it will be a big event for the whole world with the final to be played on Qatar’s National Day.

Commenting on the Russian-Ukrainian crisis, she said that it was an aggression against Ukraine and that the unjust war had had terrible consequences first for the Ukrainian people with its enormous economic and social impact, then on the neighborhood and on a global scale.

She said that Moldova is going through difficult times due to the war in Ukraine and its economic and social consequences. 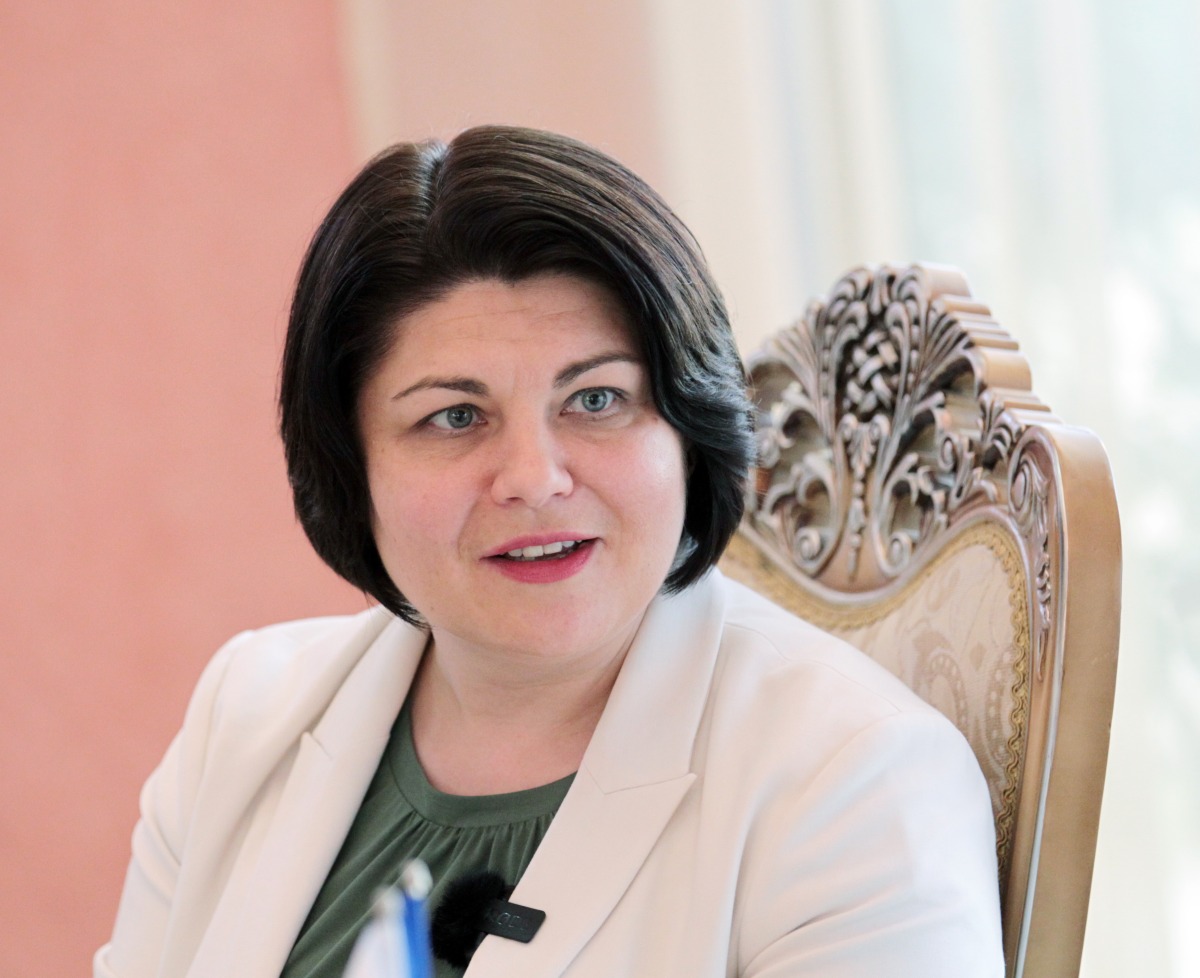 “We have welcomed a large number of refugees…we have shown that we are a small country with a big heart. Despite all the crises, we are moving forward with the necessary reforms to join the European Union and become an attractive country for investment (from all over the world), including from the State of Qatar.

“Moldova received the first wave of refugees when around half a million people crossed the Ukrainian-Moldovan border… some for transit and others decided to stay in Moldova. Right now we have around 80,000 people who are still in Moldova and they are mostly women and children; half of the refugee population in Moldova is made up of children.

She noted that Moldova is working hard to provide all services to refugees to integrate them into the education and health systems to ensure that Moldova supports them in these difficult times.

“Of course, there are economic consequences for Moldova. The port of Odessa is the most important hub for exports and imports from Moldova, which is currently closed…we have had trade and remittances from Ukraine, Russia and Belarus which have decreased .

“We see this logistical crisis. We are working with our partners to increase border crossing capacity, between Moldova and Ukraine, for the transport of goods, especially agricultural products, to ensure that we support food security in the region and in the world.

She said the world is facing rising prices and low-income countries like Moldova are being hit hard.

“Food inflation in Moldova has already reached 29% and growth will also slow down. After the COVID-19 pandemic, after the energy crisis, we are now seeing repeated shocks to our economy. »

To a question on the way out of the Russian-Ukrainian crisis, the Moldovan Prime Minister declared: “We must first find a solution to end the war and this is the responsibility of the entire international community. At present, there is no apparent way out. Respect for international principles, sovereignty and integrity of Ukraine is very important for maintaining trust in international law.

She noted that there is a lot of uncertainty which makes it difficult to predict and prepare for what will happen next. “We took the decision to speed up accession to the European Union, so we applied to the EU at the beginning of March. We look forward to the Commission’s opinion on this, which should be delivered next week, and then the decision of the European Council later in June. We hope that the EU will take the decision to grant candidate status to Ukraine, Moldova and Georgia. We hope that negotiations will start with Albania, North Macedonia and that the integration of the Balkan countries will also accelerate.

She added: “We think this is a very important signal for our people who are going through difficult times but who are very much in favor of pro-European reforms. Despite all the crises, we are moving forward with advances in the rule of law, the fight against corruption and the consolidation of democratic values. Our people want to be sure that if they get through these crises, they will see the light at the end of the tunnel and will be part of the great family of European states.