Going from an 18th century stone house in a quintessential English village to a dilapidated Victorian property by the sea in Dublin is quite a leap, but one that Lynne Walker and her husband Adrian were happy to do after seeing the potential of their new home. It is now unrecognizable from the first viewing, redesigned in a contemporary spirit, full of light and warmth.

Although its location near the sea and within walking distance of the children’s school is ideal, the house was far from being a family home and was in urgent need of rehabilitation when they discovered it in 2015. Bringing in interior designer Gillian Sherrard and builder Ken Leonard, they began a full-scale renovation of the two-story property, which took eight months. “We were literally four walls and nothing else,” notes Gillian, who was given a fairly open case and set about increasing the size of the house.

Inspired by her love of traditional Dublin architecture, Gillian set out to reflect the elements of the surrounding area and add contemporary details. The Edwardian parapets of the shop windows in Dun Laoghaire, for example, inspired the beautiful frontage of the kitchen extension. Lynne’s background in fashion design and her willingness to step back and let Gillian do her job were key to the success of the project. “We gave Gillian a huge amount of licenses to try and test new things, from the modern tiled walkway that runs from the door through the house at the back, to the mezzanines in the downstairs bedrooms,” explains Lynne, and the kitchen, which Gillian designed for herself.

“I’m not afraid to explore new patterns and design concepts,” says Lynne, whose favorite item in the house is the handmade Danish stove, a modern take on a classic, though she was not really “sold” at the start. “I hated it at first,” she laughs. “But I do like the Scandi design and soon fell in love with its fresh, clean simplicity.” 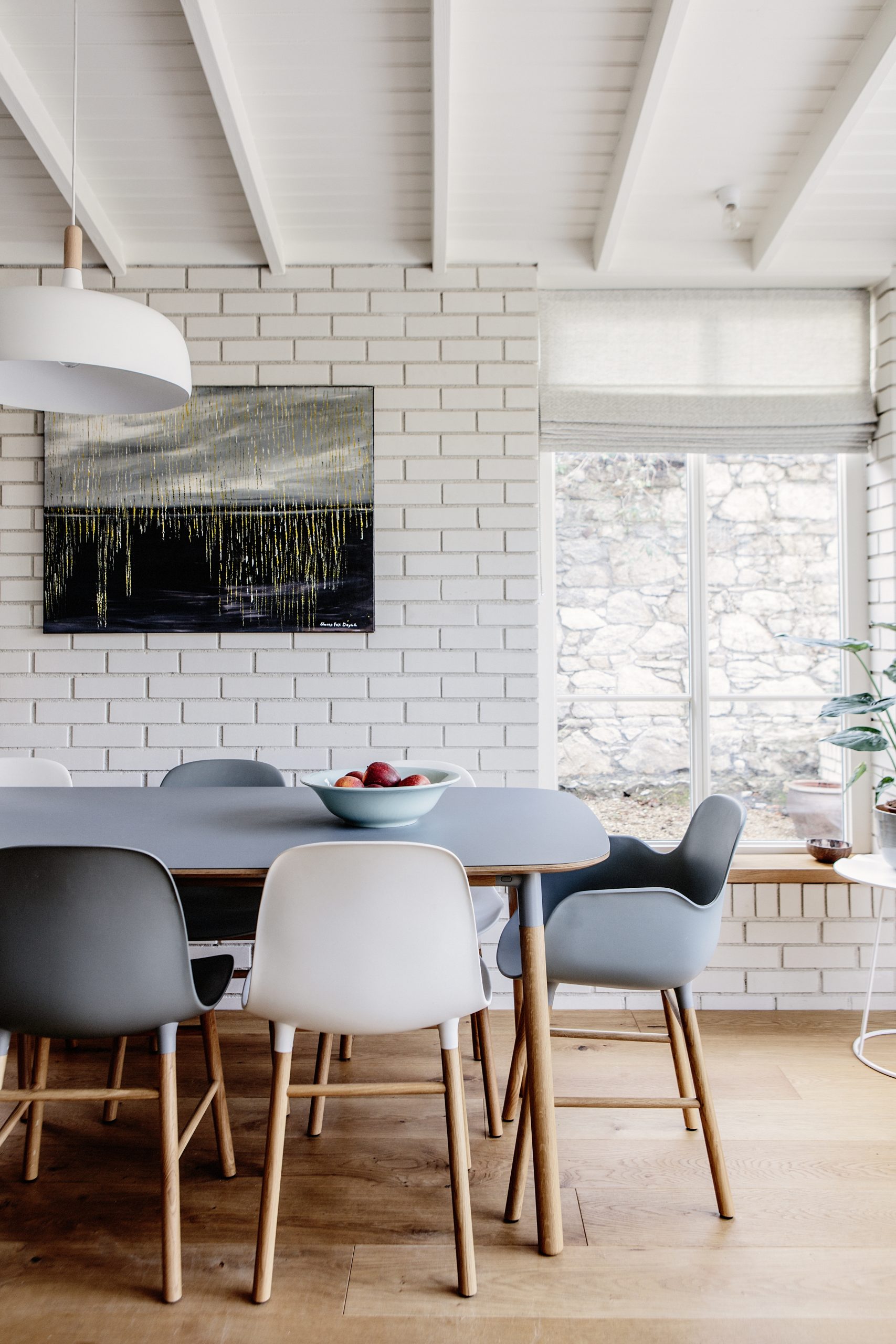 Combining clean Scandinavian style with modern conveniences takes good planning, risk taking and lots of creativity, which Lynne and Gillian have in spades. A potential Formica countertop with a plywood edge was the one aspect of the interior they disagreed on, ultimately opting for a poured concrete countertop. That, and the tub in the bedroom. “I travel a lot for work and have always liked the idea of ​​having a bath in my room. Gillian wasn’t sure at first, but she quickly got the hang of it.

Minimalist in color, the master bedroom is a nod to a weary parent’s restful retreat. A white stone tub sits in the window next to the curved white wall that hides the bathroom. The ground floor has a more cheerful aesthetic with colorful printed wallpaper and pops of yellow and orange in the guest and children’s rooms. The open-plan living room and kitchen, despite their expansiveness, are soft and cozy thanks to the low beamed ceilings, white brickwork, stove and wood finishes. 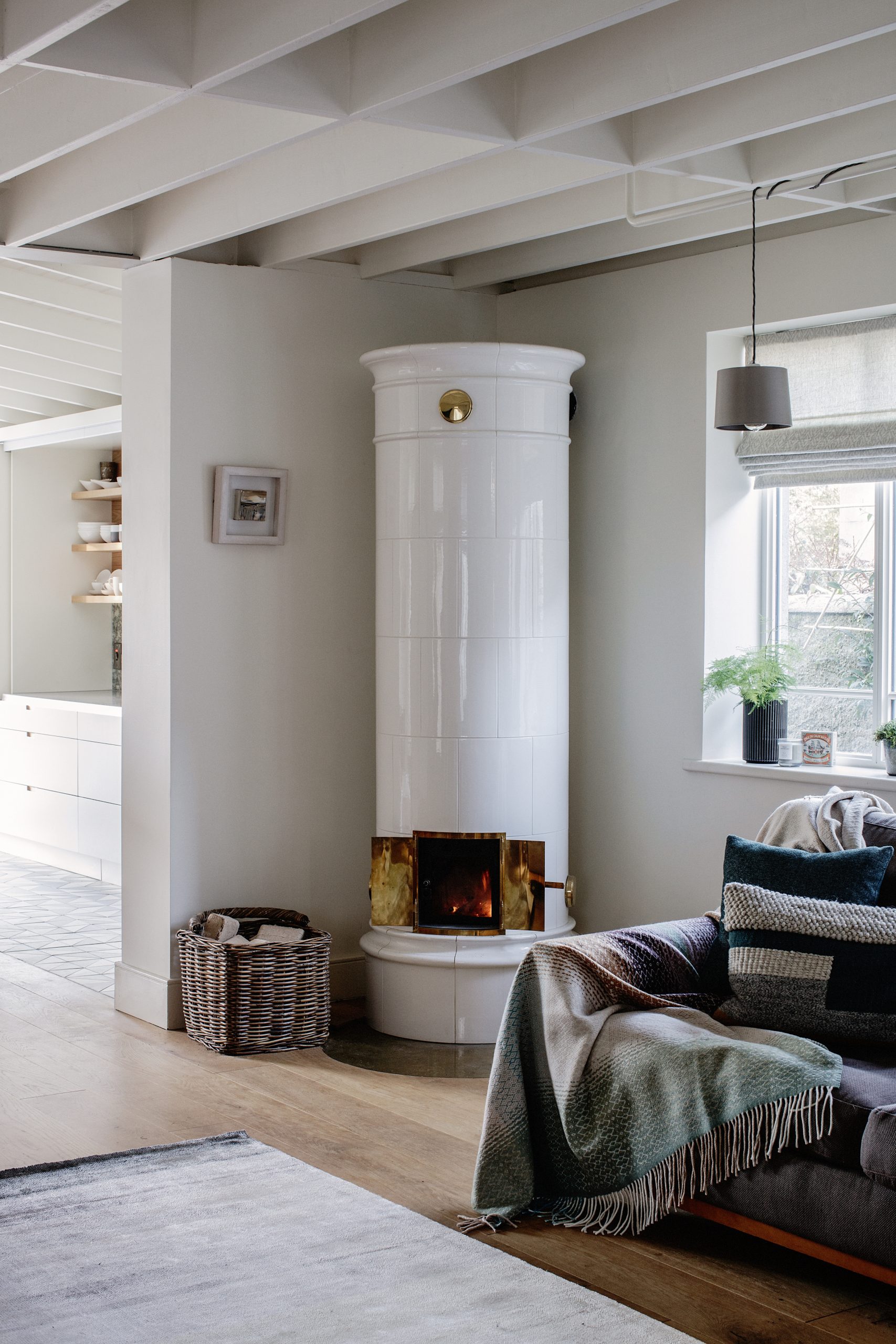 “It’s one of my favorite aspects of the house,” says Lynne. “The design is very fluid, you can see the garden as soon as you open the front door, there’s so much light and yet it’s cosy, and I love the mix of materials, especially in the kitchen. ” Far from a utilitarian kitchen look, Gillian has blended stone and wood with a clever design that bends almost any kitchen evidence.

The bedrooms, too, are a smart use of space, with the versatility of mezzanines that can accommodate beds. The guest bedroom, in particular, with its bookcase balcony is a family favorite with a hidden door to storage space the kids love. Having rented four different houses since returning from the UK, all larger, Lynne says it’s the perfect size. 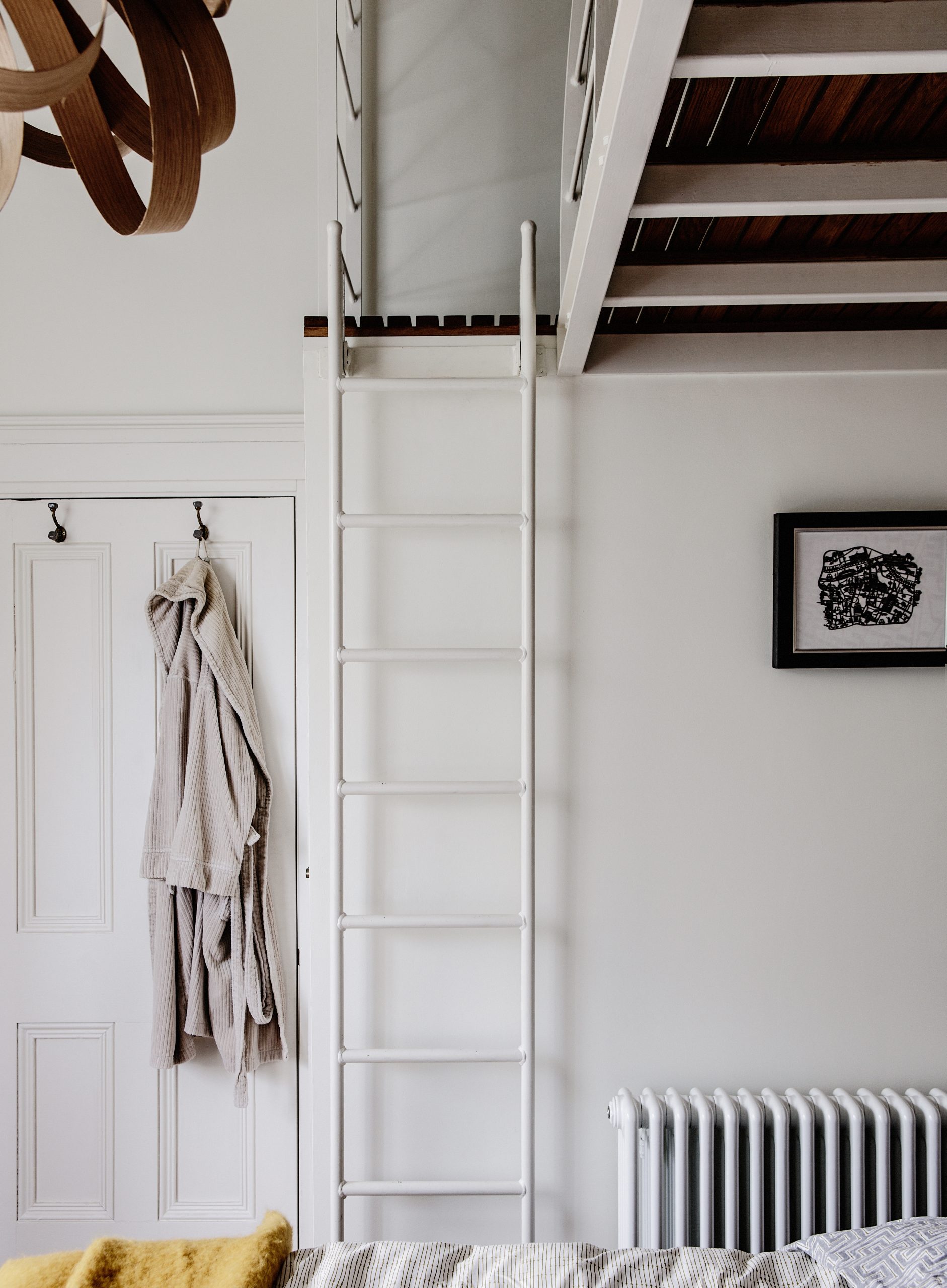 “It’s more about what you do with the space and how you feel that makes a difference in how you live,” she explains. “We have lived in five houses in Dublin and I have never seen the children or the dog so happy. I spend a lot of time outside and when I open the door I really feel at home.